In December someone decided to dump four pups in Neapoli at the back of a school. They were only about two month old. They were asking for someone to foster them till they were rehomed.
We decided that we could rise to the challenge as we could have them on our roof and they could sleep indoors at nighttime. So we took them in. 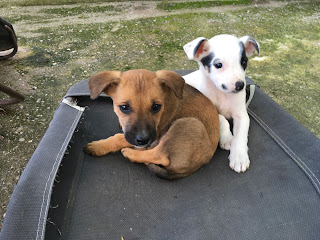 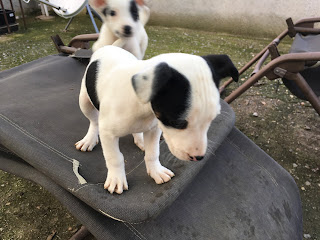 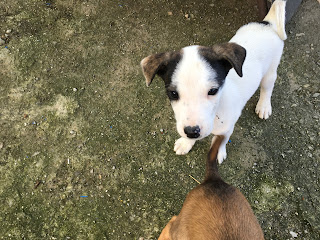 They ran around playing and chewing my plants and causing havoc until we confined them to the roof with a gate. 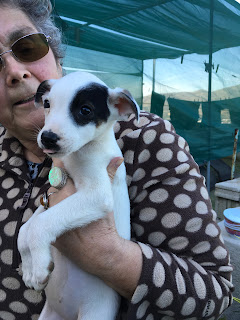 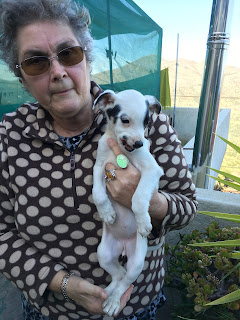 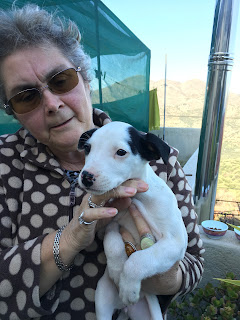 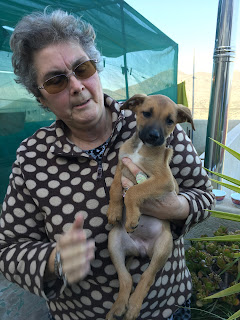 They grew and grew until the three white ones went to England leaving only Bronwyn who was going to Holland. Sadly that didn’t happen as the person who was adopting her backed out.  Anyway then Covid 19 happened and all flights and borders were closing. Bronwyn was going nowhere. 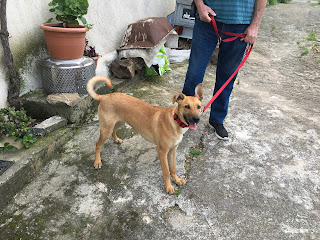 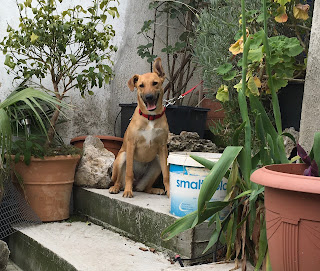 She is still here, but hopefully going to Holland on the 17 July. Someone else is adopting her. I am so pleased for her. She has missed out on a lot of things like been socialised with other dogs or people.
She is big and boisterous and my small dogs can’t cope with her bounding about. It’s not safe for them as she gets very excited with them.
I’m just hoping that she has a lovely life with her new humans as she is a lovely dog in both looks and nature. Fingers crossed that it all turns out good for her she deserves it.
That’s all folk
Cya
JUDITH x
Posted by MyCretanlife at 14:21